The first day of workshop consisted of live surgery demonstration of a laparoscopic partial nephrectomy and a Laparoscopic Augmentation Cystoplasty. Both surgeries were excellently executed by Prof Christian Schwentner. Participants were treated to high quality live transmission of surgery from the operating room to auditorium in ASSC.

The second day consisted of hands on laparoscopic training on animals (Pigs). In total, there were 9 animal work-stations which accommodated 18 participants. Laparoscopic training was performed for partial nephrectomy, nephrectomy, pyeloplasty, vesico-ureteric anastomosis and bowel replacement of ureter. This involved laparoscopic dissection, suturing and use of staplers. Faculty members were actively involved in giving guidance on handling of laparoscopic instruments and techniques in performing safe surgery.[

In summary, this workshop provided a good opportunity for local and regional urologist ( ASEAN) to learn and enhance their laparoscopic knowledge and skills. We hope the successful outcome of this workshop will encourage more participants regionally to enroll in the future.

Finally, as the organizing chairperson, I would like to express my appreciation to members of the organizing committee, members of ASSC, Johnson & Johnson, UMMI Storz, Faculty members and MUA for all the support and encouragement. 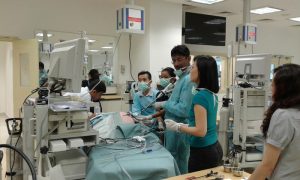 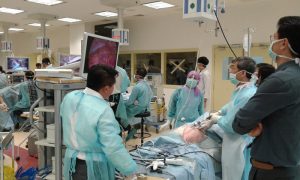 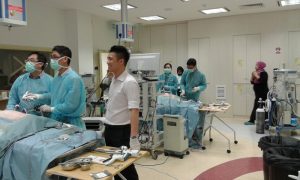 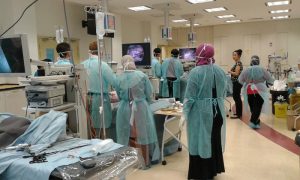 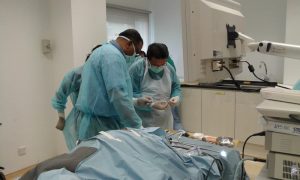 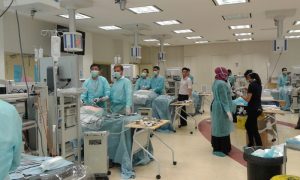